*Price is given for tourists only. 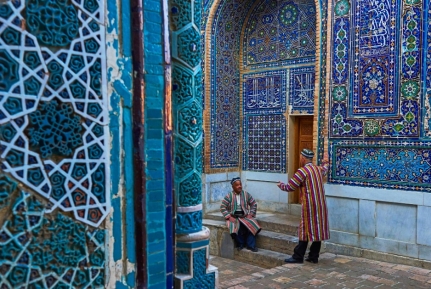 09:30 Meet with guide and driver at hotel and start of the excursion.

Guri Emir Mausoleum – Tamerlane’s Tomb (XIV-XV centuries) – The place where Amir Temur was buried, as well as his sons and grandchildren.

Registan Square – one of the outstanding examples of Central Asia urban art, formed in the VIIth century and consisting of three madrasahs – Ulugbek (1417-1420), Sher-Dor (1619-1636), and Tillya-Kori (1647-1660). The chapters of Samarkand's millenary history could be skimmed by its feat.

Bibi Khanum Mosque is the largest in Central Asia and one of the largest Muslim world. Exactly this building draws the eye of anyone, who enters the city. Enormous, majestic, silent…

13:00-14:00 Lunch in one of the most beautiful restaurants in the Old City or the national house.

Architectural Complex Shakhi – Zinda (XI-XV centuries) – Where royalty and noblemen have been buried. Kussam ibn Abbas - The prophet Mohammed cousins’ soi-disant tomb is considered the main mausoleum representing the necropolis's borders. He was so-called «Shakhi – Zinda», which means “The living king” in translation from Persian.

The Observatory of Ulugbek (XV century) – Ulugbeks scientific works have been created by the unique observatory he built in Samarkand. The main tool used was a giant stationary quadrant placed inside the cylindrical building with a diameter of 48 m (the remnants of the foundation, or rather its trenches, were discovered during archaeological excavations).

• Entrance fees to the mentioned monuments;

• English speaking guide in the city for the excursion on the program;

• Comfortable AC transport to carry on the program of excursions:

• Transfers from hotel and back.

The program price does NOT include:

• Fees for photo and video shooting in museums;

• Other services not mentioned above

*Price is given for tourists only.

A day trip to Samarkand is the best way to spend your free time in this legendary ancient city. You will learn its history full of shocks, where destruction was replaced by an even more majestic rebirth.

Location of the tour: 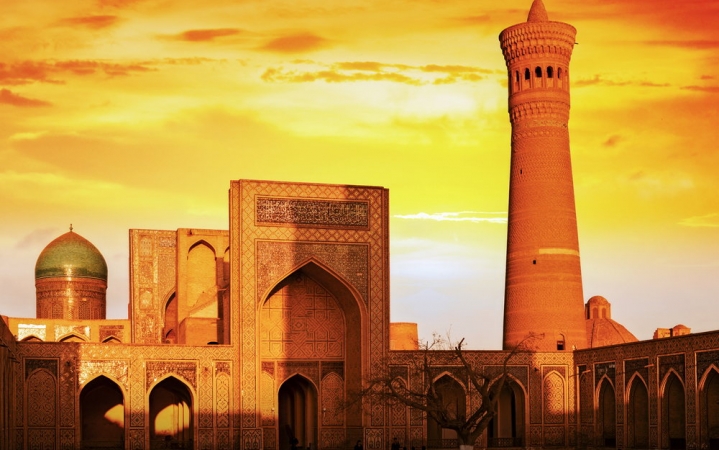 A tour to Uzbekistan from Israel with a direct flight from Tel Aviv will take you to the colorful and ancient cities of the Silk Road, where the Jewish culture…
Read more 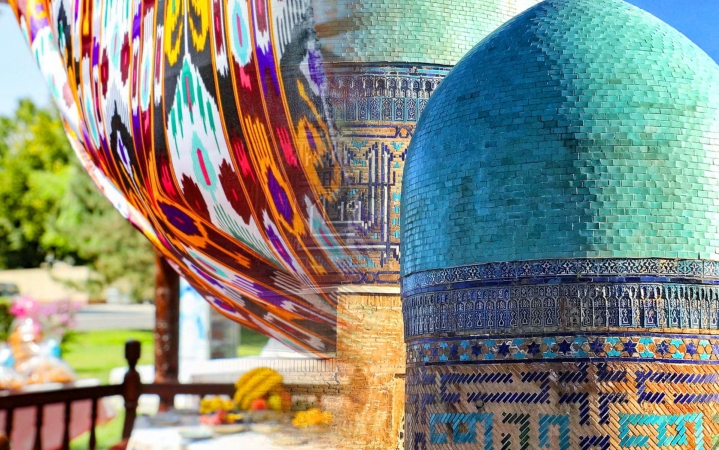 Tour to Uzbekistan from Israel – a journey along the Silk Road, full of breathtaking views, emotions, and mysterious legends! Discovering the religious...
Read more 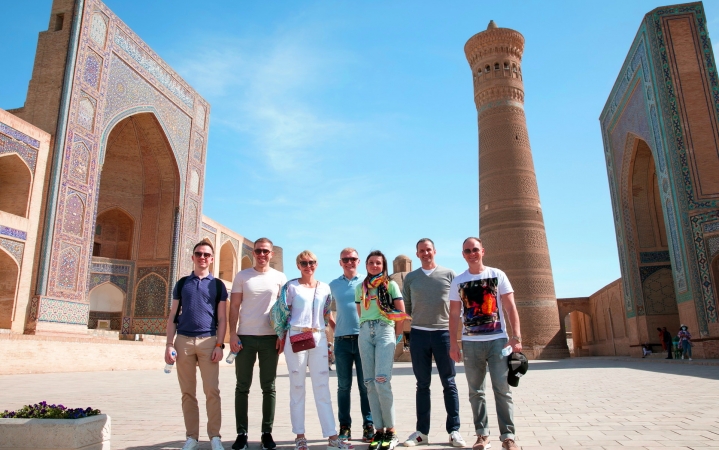 Travel to Uzbekistan along the Silk Road: sightseeing tour to Khiva, Bukhara, Samarkand and Tashkent. The tour lasts only 8 days, but warm memories will stay...
Read more 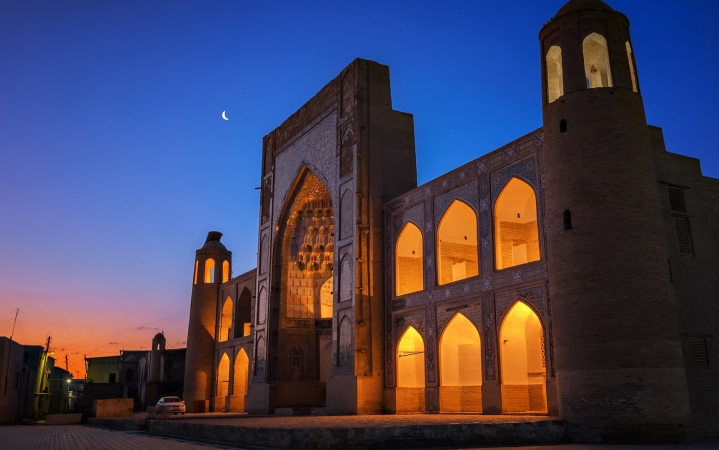 UZBEKISTAN TOURS FROM DUBAI 2022: ROUND TRIP BY TRAINS FOR ALL GCC COUNTRIES

A journey through the famous cities of Uzbekistan will open the doors to the world of oriental miracles, giving the most mysterious - architecture, culture, and gastronomy in the colorful shells of this...
Read more 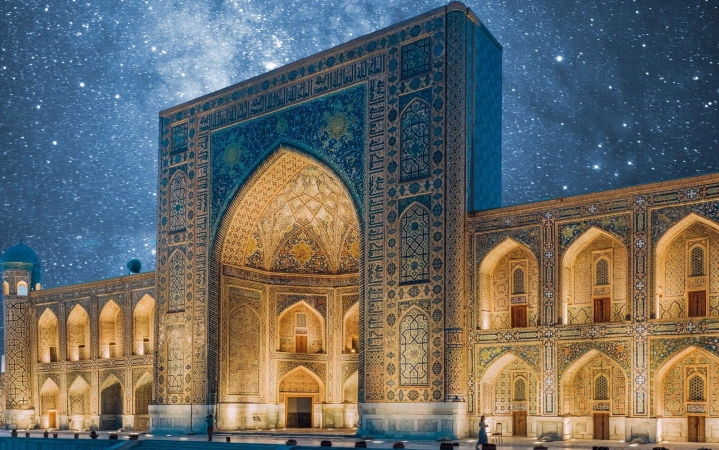 Uzbekistan tour from the UAE 2022 is a classic route through the Great Silk Road cities: Tashkent-Bukhara-Samarkand where you will see the most outstanding examples of Islamic architecture...
Read more 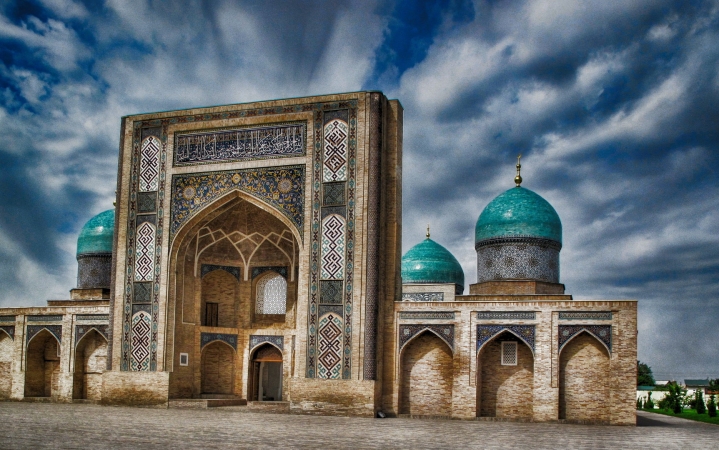 UZBEKISTAN TOUR FROM DUBAI 2022: GEMS OF ARCHITECTURE & NATURE FOR ALL GCC COUNTRIES

Uzbekistan tour from Dubai 2022 – a journey to the Central Asia country that differs from its neighbors along the Great Silk Road by its preserved richness of history and architecture, the brightness of ancient culture, and a comfortable...
Read more 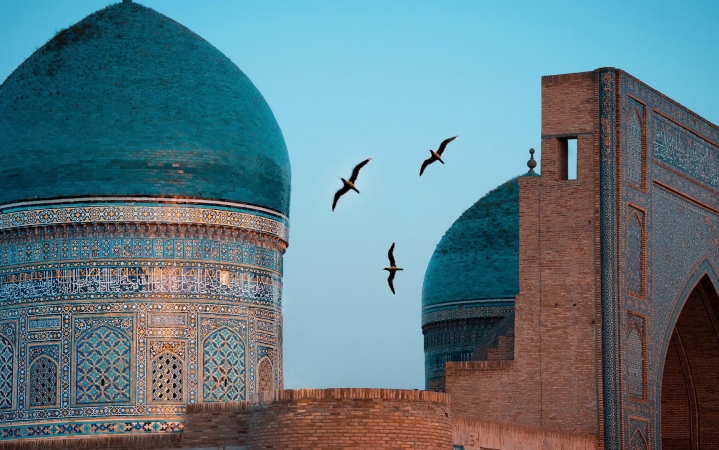 Tour Uzbekistan from Poland 2022 to the pearl of the Silk Road, a country of tales of a thousand and one nights, hiding mysterious legends and unusual...
Read more 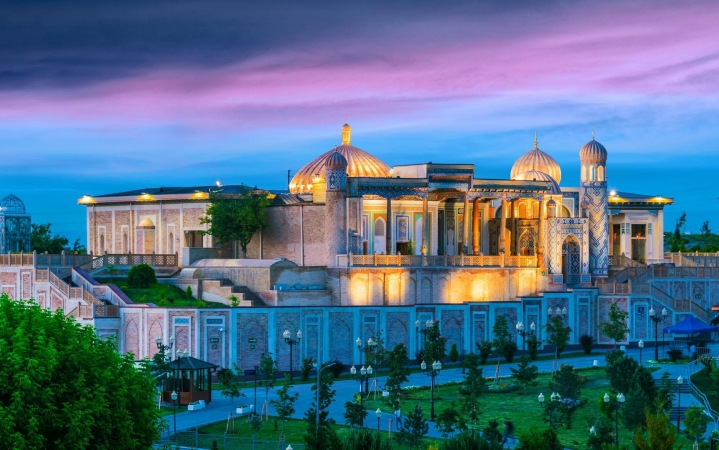 TOUR TO UZBEKISTAN FROM POLAND 2022

Tour to Uzbekistan from Poland 2022 to the...
Read more 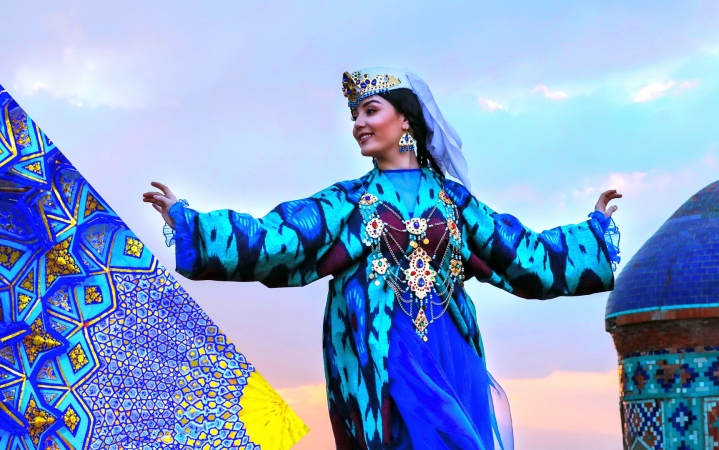 Uzbekistan tour from Poland 2022 will tell you all about Silk Road and the most beautiful cities...
Read more 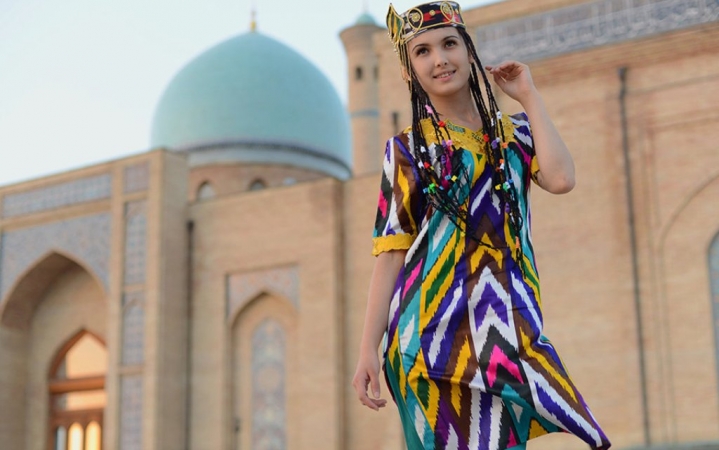 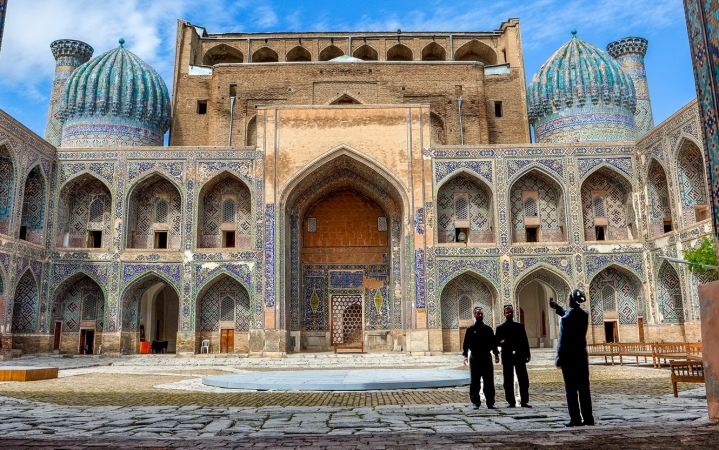 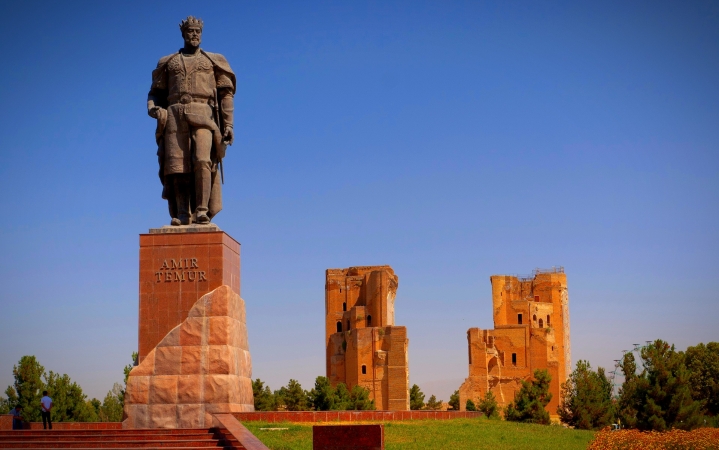 ONE DAY TOUR TO SHAKHRISABZ FROM SAMARKAND 2022

If you are interested in the history of Tamerlane and the formation of his empire, go to where it all began - in Shakhrisabz! Visit ruins of Ak-Saray palace (“the White Palace”) – Tamerlane’s summer residence.
Read more 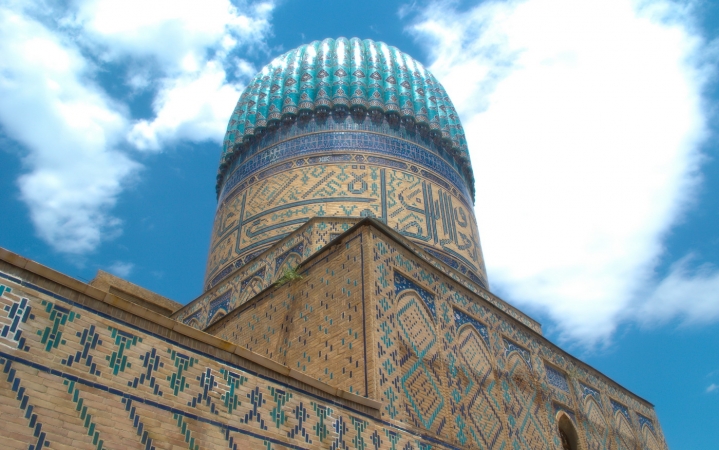 The magnetic force of Samarkand attracts tourists. Here you can find lots of sights shrouded in mystery and mysticism. The figure of Amir Temur is still exciting both people of art and tourists.
Read more 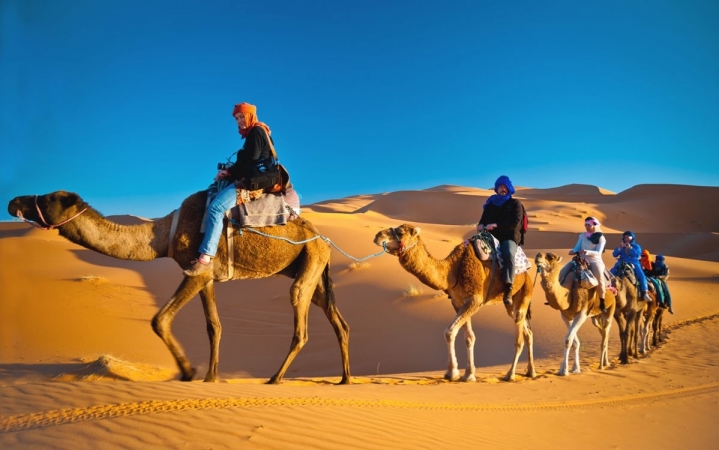 This busy tour takes you on an adventure across the boundless deserts, immense steppes, little oases, beautiful mountain ranges, the dried seabed of the Aral Sea, the plateau Ustyurt, local villages and national settlements.
Read more 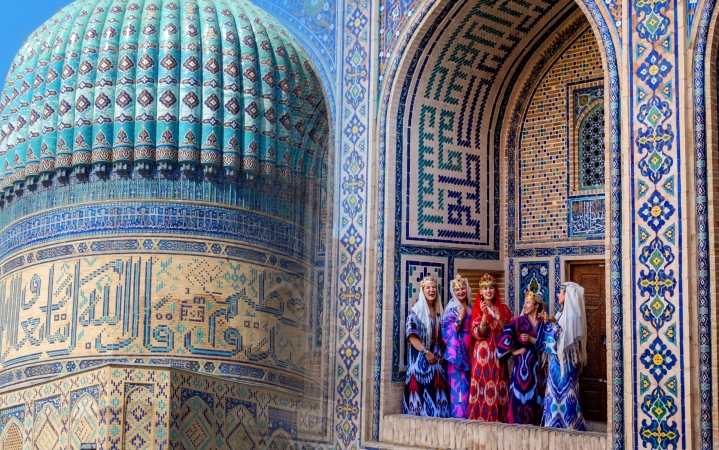 Many of Uzbekistan’s cities were considered oases along The Great Silk Road linking eastern civilizations to the developing western civilizations. This short introductory tour visits two of the most famous of these.
Read more 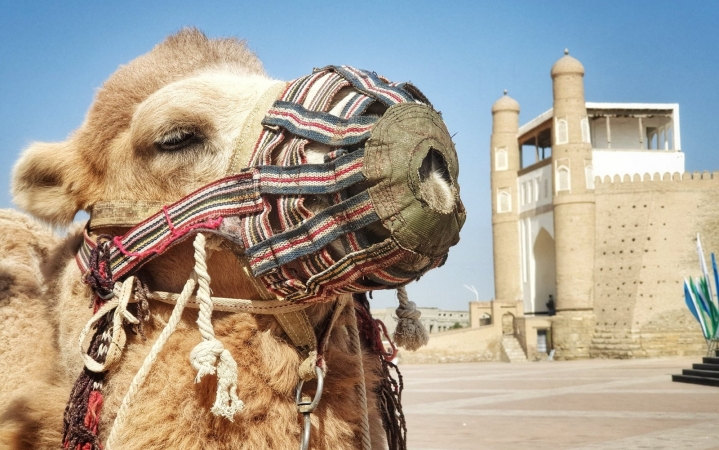 This popular itinerary covers all the highlights of Uzbekistan including the citadel of Khiva and the beautiful iconic architecture of Samarkand.
Read more 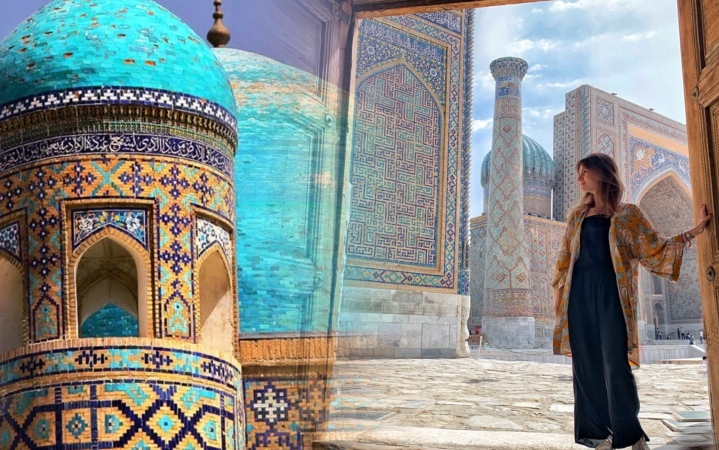 UZBEKISTAN TOUR - THE COUNTRY OF THE BLUE DOMES

Your booking request has been accepted!